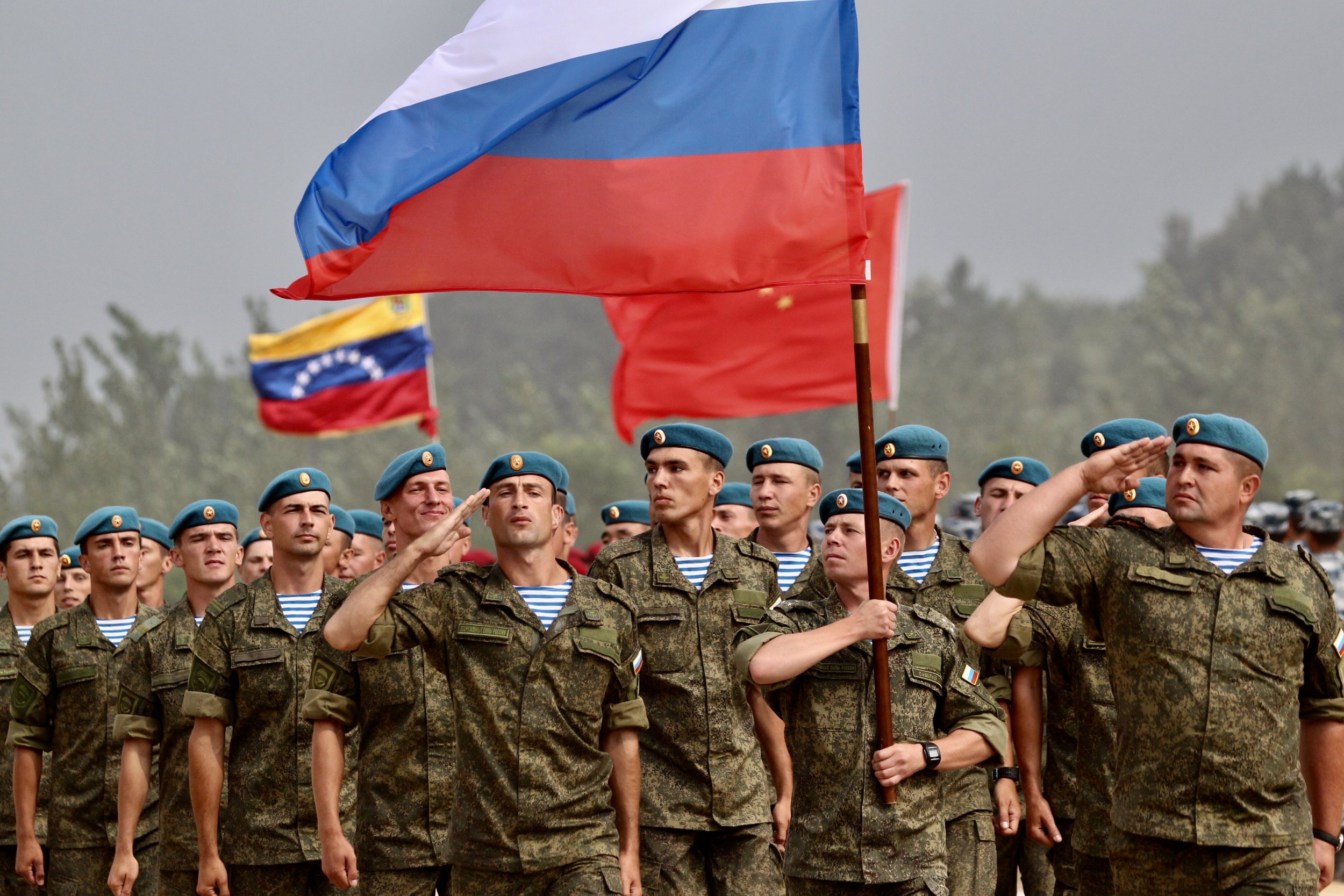 There’s only three things worth dyin’ for and that’s
Chicks, cars and the Third World War…

By now, most or even all of you will have seen Ah-nold Schwarzenegger’s poignant video appeal to the Russian Army, drawn from citizens of Russia he claims to hold in high regard. Quick sidebar here; when someone prefaces what they’re going to tell you with “You know I love you, right?”, what will follow is going to be something like a used-car salesman telling you, “I would never sell you a car I wouldn’t buy myself for my kids, and at the asking price”.

Anyway, the Kindergarten Cop is all Good Cop in this clip, grandfatherly as an oatmeal advertisement in his white stubble. He says, “De-Nazify Ukraine??” with the incredulity he might express on hearing that Putin intends to orbit the earth on a vacuum cleaner. This is not true – there are no Nazis in Ukraine.

Know how you can tell? Because Ukraine has a Jewish president.

I remember, not so long ago, the United States of America had a black president. Was there no racism?

Let me tell you something; I’m not a movie star like Ah-nold, but I know that Azov Battalion – one of several ‘punishment battalions’ in Ukraine which were once privately-raised militias (itself a violation of the Constitution of Ukraine, which specifies that only the state may raise military forces in Ukraine) and have since been incorporated into the Ukrainian armed forces – has neo-Nazis in its membership. For one thing, the flag of Azov Battalion is the Wolfsangel, or ‘wolf’s hook’ which was the divisional symbol of several wartime Nazi SS units, including the 2nd SS “Das Reich” Panzer Division. According to the Anti-Defamation League, it is a recognized hate symbol. Oh, the Nazis of Azov will tell you it is simply two interlinked letters which mean “National Idea”. It probably took them about five minutes to come up with that one, and how they must roll on the ground with laughter when western journalists appear to believe it, and faithfully print their comic-book rationalization. But there is no reason a nationalist Ukrainian battalion defending a ‘Ukraine for Ukrainians’ ideal would use a logo comprised of English letters; the national language of Ukraine, increasingly strictly enforced, is Ukrainian. ‘National Idea’ in Ukrainian is “Національна ідея“, it does not even begin with an ‘N’. Besides, ‘National Idea’ is already taken, by the Czechs – it is a conservative far-right nationalist group espousing Catholic integralism.

For another, Azov Battalion was the subject of a letter signed by 40 members of the US Congress, petitioning for it to be designated a foreign terrorist organization. According to Stanford’s Center for International Security and Cooperation, the Wolfsangel symbol is “far from Azov’s only allusion to Nazi ideology“.

“Azov leaders publicly downplay or deny the group as a white supremacist or Neo-Nazi organization. The Azov Battalion denies the symbol’s far-right associations and invokes the reasoning as the PU. However, the Wolfsangel is far from Azov’s only allusion to Nazi ideology. Biletsky once stated in 2010 that it was Ukraine’s national mission to “lead the white races of the world in a final crusade…against semite-led untermenschen (subhumans)” Furthermore, interviews with members of the Battalion openly espouse neo-Nazi and white supremacist views. Many fighters hold an aspirational belief of marching on Kyiv once the war is over, and that Ukraine “needs a strong dictator to come to power who could shed plenty of blood but unite the nation in the process.”

Some might have been moved to speculate what the eventual fate of the country’s ‘Jewish President’ might be in light of the last line in that paragraph.

As the Stanford reference establishes, Azov is headquartered in Mariupol. And this is the basis for the western press’s frantic hand-waving on the ‘human-rights disaster’ unfolding in Mariupol. If you believe the English-speaking press – and there is no particular reason you should, at least on this issue, because they are simply taking dictation from the Ukrainian government spokesholes and the mayor of Mariupol, who apparently is selectively fond of Azov Battalion; perhaps they are generous taxpayers. We hear that every time ‘humanitarian corridors’ are agreed upon, naturally at the prompting of the Ukrainians, it’s like ringing the dinner-bell for the Chechen Orcs, who line the shrubbery to shoot at the fleeing townspeople.

Another aside, here, if you’ll entertain it; did you know Mariupol has a large Greek population? True story; as a friend of mine pointed out to me, the suffix ‘pol’ is descended from ‘polis’, as in ‘metropolis’, which in its turn is descended from Greek, for “chief town or capital city of a province”. At any rate, there were about 120,000 Greeks living in Mariupol, and for some reason Greek reporting has not been put through the spin machine. Here’s what they say.

“No one is shooting at civilians here…as soon as the Russians came here, they immediately brought us help. Right now, immediately after the shootings stopped…Now no one asks us if you are Ukrainian or Greek, about your origin, what language you speak,” they said.

“The Russians do not discriminate,” they continued, adding: “While the Ukrainians did, they forced us to speak only Ukrainian, although I do not know it at all.”

“In Shyrokyne, a key location in the ‘grey zone’ between the Government-controlled city of Mariupol and the town of Novoazovsk controlled by the armed groups, OHCHR documented extensive use of civilian buildings and locations by the Ukrainian military and the Azov regiment, and looting of civilian property, leading to displacement.”

And who is it, again, who is preventing terrified civilians from leaving the city?

When asked by SKAI news if he planned to leave the city, Kiouranas responded “how can I leave? When you try to leave you run the risk of running into a patrol of the Ukrainian fascists, the Azov Battalion…They would kill me and are responsible for everything,” he added.

The author of the lead-in quote, Edward Bernays, claims in ‘Propaganda’ that virtually no business or activity ensues in the modern world without propaganda – advertising, in fact, is propaganda, and what is propaganda at the state level if it is not advertising for the adoption of public-health restrictions, for tax exemption for targeted business, for a war?

Russia has never been accepted by the west; under Khrushchev, it railed at the west and threatened it, mostly to tolerant amusement. Under a ‘progressive reformer’ like Gorbachev, it coaxed and pleaded. But it has always been treated like the unpopular kid at school who has the only in-ground swimming pool in town – courted when it can be used, ignored or tormented when it cannot.

However, an objective look at western propaganda leading up to the present conflict raises two probabilities, both alternately sickening and terrifying. One, the show of steadfast support for first Poroshenko, then Zelensky and for the Ukrainians was calculated to convince the Ukrainian state that the west would have its back, and encouraged it to become steadily more truculent and cocky toward Russia. But it never intended to provide any military support, just as it bowed out on Saakashvili in Georgia after a big show of seamless unity, leaving Saakashvili in tears of rage and humiliation.

Two – even more terrifying – the current ‘analysis’ blather in the western press, snickering that the Russian attack is ‘a failure’, arrested by Ukraine’s fierce defiance, that the Russians are ‘bogged down’ and ‘unable to advance’, that its cack-handed and clumsy tactics are causing unnecessary Russian casualties…is offered to provoke Russia to pound Ukraine even harder, to use overwhelming force to obliterate city centers and cause hundreds of thousands of Ukrainian deaths in an attempt to force a faster resolution.

So far, Russia has not taken the bait; it continues its slow, deliberate and methodical advance and encirclement. Zelensky shrieks about human-rights abuses and war crimes and whatever he thinks may galvanize western aid…but his negotiating position has not changed substantially, and to the best of my knowledge Ukraine continues to demand the return of Crimea and withdrawal of all Russian forces, even as it continues to recruit foreign mercenaries for its own ranks. This suggests the plight of Ukrainians is not so disturbing for him that he is motivated toward concession, while western hero-worship continues to encourage Ukraine to hold out a bit longer, even as it taunts Russia to go big or go home.

The Third World War has begun; it will not be fought on battlefields if the west can avoid it, but in boardrooms and banks and summits, using pie charts and takeovers and sanctions and seizures. Where fighting is necessary, NATO will push its proxy dummies into the ring to fight so long as they may, like an all-white 1960’s Madison Square Garden crowd watching two black men beat the living shit out of each other.

Friendship: noun. A ship big enough to carry two in fair weather, but only one in foul.